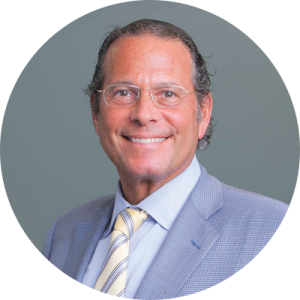 Dr. Ronnie Hershman has been a cardiologist in New York for 30 years, where he has performed over 18,000 invasive procedures and sees over 200 patients per week. For the last 15 years Dr. Hershman has also been an active Angel Investor. He has personally evaluated hundreds of deals and has made investments in 6 different countries.

As an Angel Investor, he is the Founder and Principal Owner of Hershman Holdings LLC, and he is also a limited partner in Signet Healthcare Partners, a Venture Fund that has invested in more than 45 companies with total capital commitments of over $700 million. In addition, Ronnie is an investor in Israel’s OurCrowd platform, which has deployed $800M in over 100 companies.

Ronnie is the principal investor and co- founder of Rubiix, the world’s first social spending community, which is creating the future of data in digital media.

In 2016 Dr. Hershman started his own company, HealthEffect. HealthEffect is a Healthcare-specific disruptive marketplace where a global community collaborates to bring medical innovations to market quicker, and improve the health of the world. HealthEffect leverages emerging technologies in the domains of Talent Marketplaces, Crowdsolving, and Equity Crowdfunding, rolling them all into one disruptive tech platform. It is also the powerful technology underpinning InvestEffect.

InvestEffect is a tech-enabled biotech fund and accelerator that sources and accelerates companies via expert vetting and online voting, and applying seed capital via its own PE fund.